Honestly, I didn’t expect that much from this city but luckily it turned out to be a great city to spend the weekend. The only thing I knew about Düsseldorf was that a lot of people in Holland fly from here because it’s cheaper or closer to their home. My boyfriend took me here last week because he wanted to get away for a weekend and he wanted to see the new Audi A3 Cabriolet in Germany. Düsseldorf is very close to our home, it’s only a two and a half hour drive away from Amsterdam. I particularly liked the boulevard with all the terraces and all the stores in Düsseldorf!

Shopping
The main thing to do in Düsseldorf is shopping, there are countless stores in all price ranges. There is a very chic shopping street called Königsallee. The people there are dressed very fancy and they are shopping at Louis Vuitton and Chanel. If you walk a bit further you’ll find a lot of other more affordable stores like Zara and H&M.

Food
I’m not a fan of German food and I don’t think it’s a lot different from Dutch food. A normal German plate consists of potato, salad and meat. There were a lot of restaurants in the old town of Düsseldorf, they mostly sold international foods. These restaurant streets were so busy, it looked like all people of Düsseldorf went out on Friday and Saturday night for dinner and a beer. It looked like everybody had a great time during the evening and so did we. The last night we had dinner in another part of town in a small restaurant called Le Bistrot du Chat Noir . We found it on Tripadvisor and we had a great dinner and a really good time there. During lunch we had a typical German bratwurst one time, I’ll be posting more about that soon.

Transport
We came to Düsseldorf by car but our hotel was not in the city center. We parked our car in the city center and from there we started walking. I noticed a lot of parking garages throughout the city, with a hundreds of available spots. They really should do this in Amsterdam too! Parking wasn’t very expensive, in some parking garages it was about €1,50 per hour and in some even € 0,60. The center is not that big, you can walk everywhere.

Weather
We were very lucky because the weather was great in the weekend we were in Germany, it was almost 20 °C. We did catch some sunrays while sitting on a terrace on the boulevard! 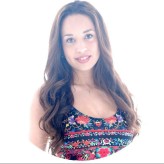